FAIRNESS AND ELIGIBILITY TO LONG-TERM CARE

In contrast with the case of health care, distributional fairness of long-term care services in Europe has received limited attention. Given its increased relevance in the social policy agenda it is timely to evaluate the evidence on inequality and horizontal inequity by socio-economic status and to identify the socio-economic factors that drive them.

As a growing number of older people in Europe find themselves in need of support, the policy relevance of long-term care (LTC) organization has considerably increased. Despite the attention afforded to the increasing share of frail older people and the high costs associated with it, two aspects have been mostly overlooked in the literature: the issue of how equitable the use of LTC is and how this might vary between countries in Europe. This stands in contrast with health care, for which a wide body of literature attesting to a socio-economic gradient in the use of different forms of health care has accumulated. The gap is all the more remarkable as LTC in Europe is characterized by a wider diversity in terms of both allocation of public resources and the breadth and depth of coverage than health care.

Using methods commonly employed in the study of inequalities in health care, in the following, we attempt to systematically explore the main factors that contribute to income-related inequality and inequity in the use of home care among community-dwelling older people in Europe. The analysis carried out in this study covers nine European countries, covered by the fifth wave of SHARE survey, allowing us to present a comprehensive picture of inequalities and inequities in LTC use.

In assessing socio-economic inequality in access to LTC we follow a well-established literature in health care and employ the Concentration Index (CI). We further decompose the overall CI value in the individual contributions of need (health and functional status, age and gender) and non-need factors (income, education, household composition, region).

The contribution of each considered factor total inequality will depend on two measures: (i) how sensitive long-term care use is to variation in the given factor—i.e., its elasticity with respect to it; and (ii) how equal is the distribution with respect to income of the given factors—i.e., its concentration index CI. It is the factors that are both unequally distributed and associated with long-term care use that will have the largest contributions to overall inequality. Finally, we estimate horizontal inequity (HI) indices, in order to ascertain whether differences between groups remain after accounting for differences in care needs.

The results show that in most countries considered in our sample, home care services are disproportionately concentrated among the poorest people in the older population, as indicated by the CI values. Exceptions to this pattern are Spain and Italy, for which CIs are not statistically significant from zero. In contrast, the highest pro-poor inequalities are present in Denmark, The Netherlands and France.

The synthetic visualization of results in Figure below highlights that care needs, proxied by health status and socio-demographic characteristics (dark and light green bars), together with household characteristics (dark purple bars), are the main driving factors of inequalities in use of home care services across the nine European countries we consider, i.e., they contribute the most in relative terms to the value of the CI of each country. In contrast, we find that regional characteristics and education achievement play more contained roles. 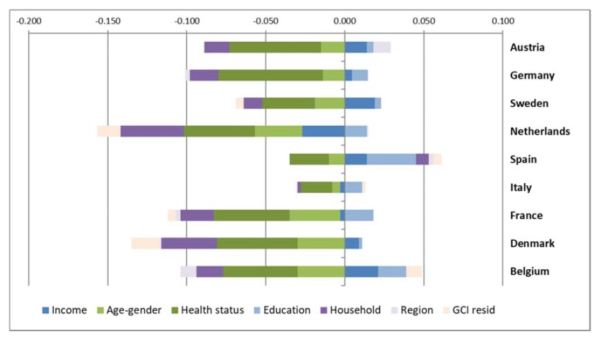 The results presented in this paper make a noteworthy contribution to the emerging literature on equity in the use of long-term care in three important ways. Firstly, they contribute to building an evidence base that long-term care utilization varies not only between countries but also between income groups within countries and that this variability persists even after differences in need are controlled for. Secondly, they provide novel and important insights into the factors that drive such inequalities and their distribution across income groups. Thirdly, our findings highlight that estimates of inequity in the use of LTC are sensitive to the used definition of need factors. This is particularly relevant given the lack of an explicit definition or empirical consensus on what constitutes fair and unfair sources of inequality.

Our results contribute to a growing, but as of yet under-developed area of research on inequality and distributional fairness of formal long-term care services in Europe. Based on our results, we argue for complex policy interventions, spanning multiple areas that address the multifaceted interactions between socio-economic factors and LTC use among older Europeans. Key insights for policy formulation are offered by the decomposition analysis, which points to the distribution of socio-economic characteristics that drive or hamper care utilization between different income groups. Furthermore, our study shows that the way formal care systems treat the availability of informal care support is a non-trivial matter and can lead to marked changes in equity conclusions. We hold that it is imperative for policy-makers to weigh aspects related to costs and sustainability with distributional and fairness concerns. Namely, we caution that shifting the responsibility and burden of care from the formal sector onto family and informal caregivers is likely to preponderantly affect lower income households and disproportionately favour the rich. 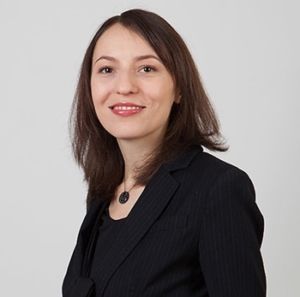 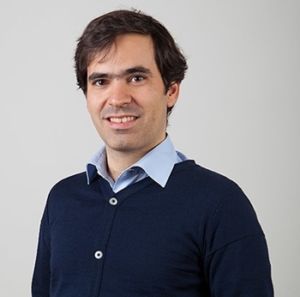 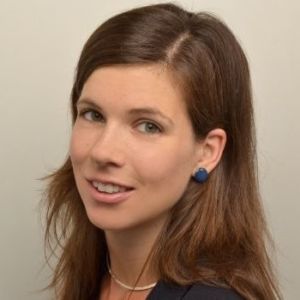