SOCIAL NETWORK CHANGES AMONG OLDER EUROPEANS: THE ROLE OF GENDER

This study examined changes in the social networks of older Europeans and analyzed gender as a predictor of these transformations. The findings reveal a general trend of network expansion over time, with addition of new members and a higher proportion of family ties. Women were more likely to report network growth via addition of new social network members, and lower family involvement.

The findings revealed a general trend of network expansion over time. More individuals reported network growth than those reporting network declines or no change. This growth was driven by greater additions of new confidants over lost confidants, indicating an ability to make up for lost relationships and to expand the scope of one’s close ties. A trend of stability was seen among the networks’ interaction and emotional qualities. Thus, even though older Europeans expanded their networks, they managed to retain similar levels of interaction and quality, and didn’t accept weaker additions. These findings strengthen the notion of old age as a period of maintaining and even strengthening a supportive social environment, at least in regard to the very close social environment. In addition, the findings showed an increase in the proportion of kin involvement. This tendency may be the result of different life events which require tightening the relationship with family members

The findings also differences among men and women in social network changes. Women were more likely to report network growth via addition of new social network members, and lower family involvement. Women experienced greater relative growth in their close networks. A possible explanation is their greater access to social resources, perhaps due to their lifelong accumulated ties and practiced social skills. Furthermore, these social resources seem to be outside the family scope, thereby diversifying the potential types of support which are available to women. Our findings also showed the mechanism behind women’s network growth – they are not necessarily better at maintaining their close ties, as they did not differ from men in the number of lost confidants. Instead, they are more prone to create new close ties (or, alternatively, strengthen peripheral ties and add them to their close social milieu). Such a tendency can further diversify their sources of support and possibly lead to positive health outcomes. Overall, these findings emphasized the gendered nature of social experiences in late life. Women seem to continue their lifelong advantage in social support resources, with networks that become larger and more diversified. Women may be more inclined to enlarge their close circle, and wish to include close friends among these meaningful ties, whereas men may prefer more familial and well-known ties. 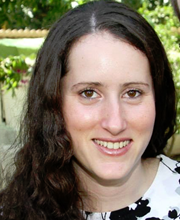