Using SHARE data we find that poor health and socioeconomic status during childhood have a long term influence on health at older ages. A substantial part of this effect is explained by educational attainment. Our results point at the need of considering the whole life course in designing policies for healthy ageing.

With the increase in life expectancy that all European countries are experiencing it becomes crucial to examine the health conditions of older people and the factors that may influence them. It is widely debated how policies, social groups and individuals can maintain good health at older ages allowing people to live better and not only longer.

Health is a multidimensional and complex construct. Many biological, social, economic and psychological factors have been found to influence different health dimensions. We studied whether life course experiences have a long-term effect on health when people reach older ages.

More specifically we examined to what extent the effect of early-life conditions on health in later life can be explained by educational attainment and life course trajectories (fertility, partnership, employment). To this end, we used data from the Survey of Health, Ageing and Retirement in Europe (12,034 individuals aged 60 years and more). From the SHARE data we used several measures of health (self-reported health, depression, limitations with activities of daily living). SHARELIFE, the third wave of SHARE, retrospectively collected information on early-life conditions and life course events experienced during their life. Respondents were asked, for example, to report how their health status was during childhood. They were also asked about several aspects of the socio-economic status of their family of origin when they were aged 10 (e.g., number of rooms and household components; occupation of the main family breadwinner). SHARELIFE also allows reconstructing family and labor market histories. Therefore, we reconstructed complete employment, fertility and partnership histories between ages 15 and 59.

Our study focused on the indirect impact of early-life conditions through educational attainment, as a measure of socio-economic status, and family and labor market experiences during adulthood. The idea is that early-life conditions may influence education and life course experiences, which in turn have been found to influence older people’s health. Our theoretical model is depicted in Figure 1.

Figure 1. The direct and indirect effect of early-life conditions on later-life health.

We found that early-life-conditions indirectly impact on health in later life as result of their influence on education and family and employment trajectories. For example, between 22% and 42% of the effect of low parental socio-economic status at childhood on the three considered health outcomes at older age was explained by educational attainment for women. Even higher percentages were found for men (35% – 57%). On the contrary, the positive effect of poor health at childhood on poor health at older ages is not significantly mediated by education and life-course trajectories.

Education captures most of the indirect effect of parental socio-economic status. More specifically, between 66% and 75% of the indirect effect of low parental socio-economic status at childhood on the three considered health outcomes at older age is explained by educational attainment for women. Again, higher percentages are found for men (86% – 93%). A more detail example of our findings is represented in Figure 2. We report the total, direct and indirect effect of socio-economic status at childhood (low versus high) on number of depressive symptoms as health outcome. The total effect is 0.29 meaning that individuals from a poor socioeconomic background report, on average, 0.29 more depressive symptoms compared to those from high socioeconomic background. About 34% of this effect (0.1 / 0.29) is captured by education and life course trajectories. Actually, education captures most of the effect (about 80%). In others words, about a third of the effect of poor socioeconomic status on depression at later life is due to the fact that people from lower socioeconomic groups also attained lower educational levels (and to a lesser extent, because they experienced “disadvantaged” life courses in terms of health consequences).

Figure 2. The direct and indirect effect of socio-economic status at childhood on depressive symptoms at older ages (men)

We also found that early-life conditions, especially socioeconomic status, influence family and employment trajectories (e.g., whether people married or whether women participated in the labor market) indirectly through their impact on education.

All in all, our results demonstrate the long arm of early life experiences. Our findings also point to the fact that early-life experiences influence education and life course trajectories which in turn influence health in later life, suggesting that public investments in children are expected to produce long lasting effects on people’s lives throughout the different phases of their life course. Also, investments in education can compensate for negative consequences of negative early-life experiences. Policy makers interested in promoting healthy ageing should not only be focused on the population of current older people but they should also be concerned about children, because the way they grow up will carry directly or indirectly its effects on health forever. 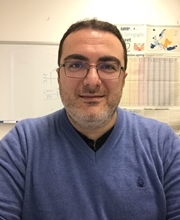 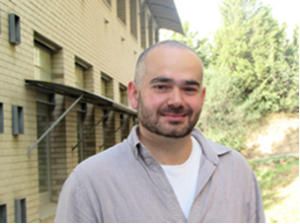 Photo by Max Goncharov on Unsplash