THE ADVERSE EFFECTS OF AIR POLLUTION ON PENSIONERS’ HEALTH IN EUROPE

Air pollution is one of the most important problems around the globe, with significant adverse effects on health and environment. Our study explores the link between air pollution and health in pensioners in Europe and find that monetary values the elderly respondents are willing to pay for a unit decrease in air pollution in order to improve their health status are substantial.

Air pollution contributes to respiratory and heart diseases, lung cancer and brain damage. It also causes damage to crops, animals, and contributes to the formation of acid rain. Therefore, environmental quality is an important determinant of individuals’ well-being and one of the main concerns of the governments is the improvement on air quality and the protection of public health. This is especially the case of sensitive demographic groups, such as the old aged people.

Along the environmental quality, another major determinant of wellbeing and quality of life is income. There have been increases in entitlement ages in several countries because of the continued improvements in life expectancy and the fiscal insolvency of the public pension system. There are two main issues about the retirement age. On the one hand, there are conceivable fiscal savings, which can be created by delaying retirement, depending also whether retirement has positive effects on health status. On the other hand, these savings might be partly offset by the increased health expenditures which are associated mainly with age and other factors. Regarding air pollution concentrations, which have significant negative effects on people’s health, a key objective of the environmental legislation in Europe is the air quality improvement. It is known that not only children, but also the health of adults, and especially the elderly is greatly determined by environmental influences, including air pollution. Thus, it is important to consider all the phases of life-course when we are looking at the effects of environmental quality. Overall, concerns for the environmental quality and its impact on people’s well-being date back, since the industrial revolution. The conventional measures employed in the earlier literature review, and most characteristically the Gross Domestic Product (GDP), ignore many non-market determinants that may explain the individual welfare and well-being, including the environmental quality. Alternative manifestations have been developed, such as using people’s individual well-being as a proxy for utility and the consideration of a rich pool of factors that explain the well-being, besides income.

Figure 1. Determinants of Health across the Life-Course 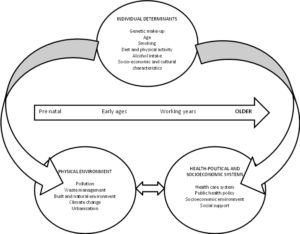 Our study examines the effects of old and early age pensions on health status and mental health, including air pollution, which is examined as an additional determinant of possible raising health expenditures. We base our research on data derived from the Survey of Health, Ageing, and Retirement in Europe (SHARE) in waves 1-2 and 4-5 from 10 European countries. We include the sulphur dioxide (SO2) and ground level ozone (O3). The main motivation of the study is to evaluate the marginal willingness to pay of people to reduce air pollution in order to improve their physical and mental health. The former is measured by the general health status, while the mental health is measured by the EURO–D. Its items are derived from the Geriatric Mental State examination and cover 12 symptom domains including: depression, pessimism, suicidality, guilty, sleep, irritability, fatigue, appetite, interests, enjoyment, concentration and tearfulness. The monetary values the respondents are willing to pay for a unit decrease in air pollution in order to improve their health status is ranging between €70 and €220 per year. Thus, it is important to improve our understanding of the health status determinants, using large scale studies, how the people evaluate in monetary values the environmental influences in terms of their health conditions and how air quality can be influenced directly or indirectly by public policy. Examples of environmental policy and legislations include the Directives 1999/30/EC and 2002/3/EC which define and set up the air quality standards and establish threshold values for concentrations of air pollutants. 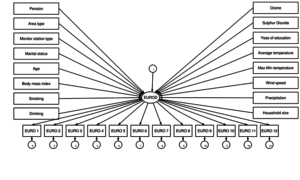 Besides air quality and income, there are various socio-economic characteristics that affect health. Regarding age, we show that older people are more likely to report lower levels of health status, which is one of the most important policy concerns for the future fiscal viability and sustainability of the health, pension and insurance systems, both public and private. Also the findings suggest that educated and wealthier people, non-smokers, non-heavy drinkers, and non-obese are more likely to report higher levels of health status and better mental health conditions. This illustrates that more educated people have higher earning potentials and are more aware about the benefits of a healthy lifestyle.

Overall, improvement of health status implies reduction in health expenditures, and in previous literature, ageing has been traditionally considered the most important determinant. However, this study shows that health lifestyle and socio-economic status, such as education and marital status, are more important, and furthermore, air pollution cannot be ignored in the agenda of policy makers.

Figure 3. The Impact of Air Pollution 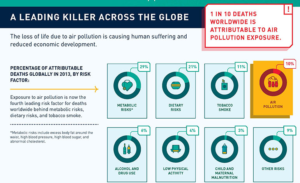 The study may offer valuable insights to policy makers, about how people evaluate their health in terms of air quality and how much are willing to pay for its improvement. Knowing the effects of air pollution on health, the hospitalisation costs caused by air pollution can be estimated. Thus, evaluating the people’s willingness to pay and the hospitalisation costs it would be possible to estimate a cost-benefit analysis and implement relevant policies. A main characteristic of this study is that is makes use of the development and advantages of the geographic information systems (GIS) and the availability of geospatial data. This has been a very useful input, as it makes possible to link the environmental conditions to individual’s environmental and the location in household panel surveys. The air pollution mapping of this type allows accurate modeling and precise estimates. However, one issue of the study is the air pollution mapping is based on a low disaggregated geographical level. A higher geospatial level, such as post codes or neighbourhood may provide much more precise estimates of the air pollution effect on health. Thus, future research may consider a detailed high disaggregated geographical mapping of air pollution and the estimation of hospitalization costs. 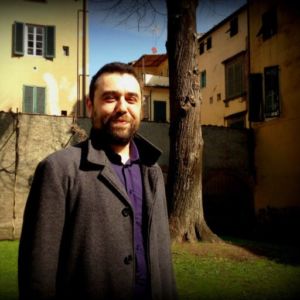 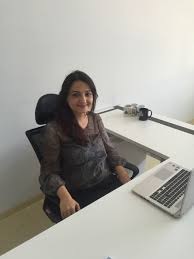